Revenge of the Sheep: an insider's view

Although we had a new room design in mind (and in schedule), Pan Macmillan’s proposal shifted our focus from developing a new room to our old idea of taking clueQuest on site. Therefore, a few months after the first contact, clueQuest Field Operations and its first mobile mission, Revenge of the Sheep, were born.

Yours truly, alongside one of the Papp brothers and cQ owners- Zoli, Jules - our branch manager and Richard our team trainer, were the first to try out Revenge of the Sheep. Being part of the clueQuest family has its perks: we are always the first in line to try out the new missions. 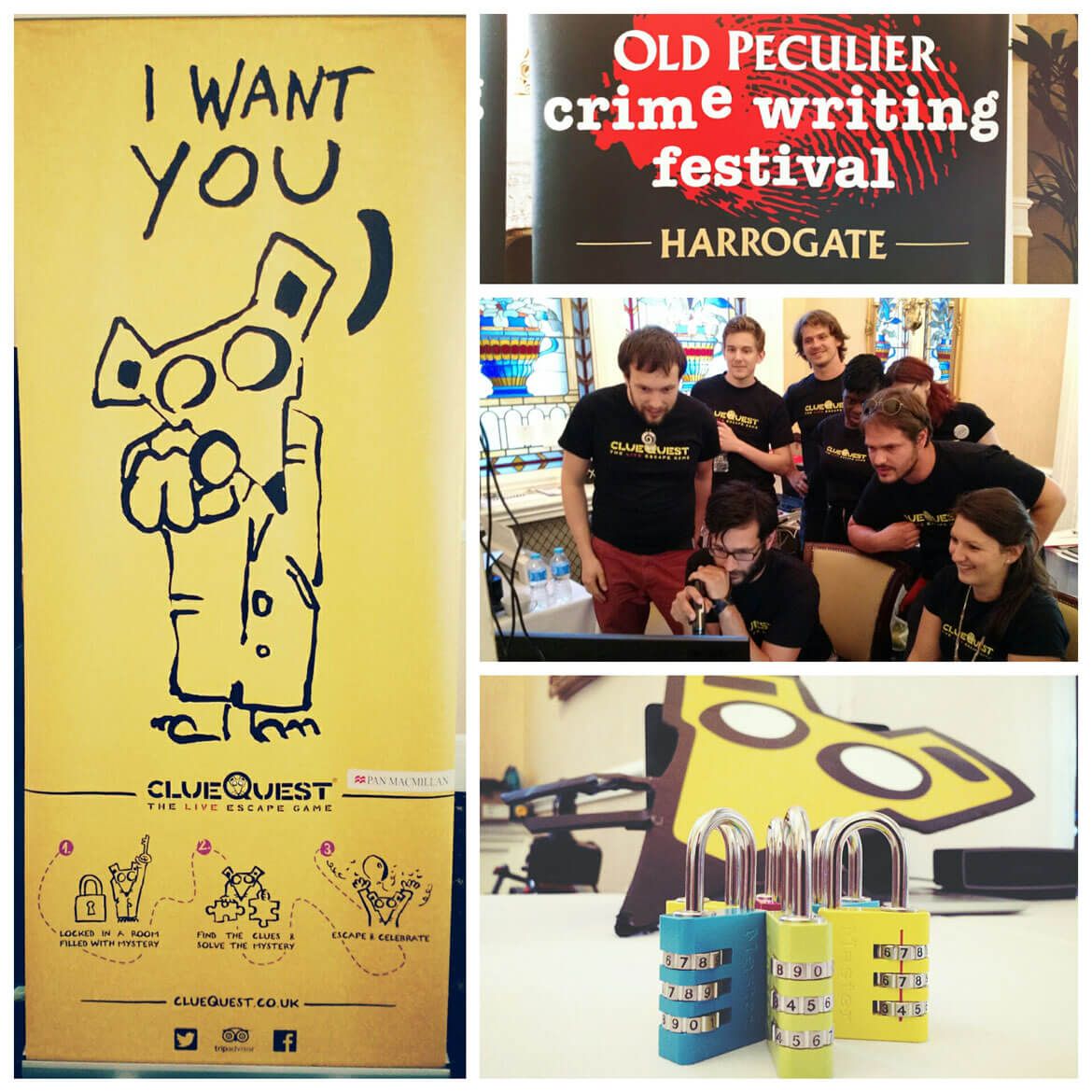 Having done both rooms, I was very eager to try this one. I admit, it was a bit hard to imagine how Revenge of the Sheep would work as it didn’t actually involve escaping from a room like the other missions. A big part of me wondered how the experience would be with this major change...

...But I cannot remember the last time I had such a big smile on my face! We finished with only two clues and about twenty seconds over time - trust me, it’s challenging! In my opinion, it is by far the best escape challenge clueQuest have created! It was clear to see that the puzzles and the overall idea were thought about with great care and detail and for a first test, the mission behaved beautifully.

After a 48 hour shift and a few more test games, we were good to go and it was time to take off for Harrogate to put Revenge of the Sheep under the real test.

Our day began at 6am. We arrived at the location of the festival, The Old Swan hotel, famous as where author Agatha Christie was found in after going missing for 10 days. Our base was in The Library and we were ready just in time for the first game at 10am, with a group of Pan Macmillan authors.

Check out our video of the event:

Although the day was long as we held games every hour from 10am to 9pm, we were still very excited about how the public will receive our new mission. The teams we had were always different, but their response to the game was always the same: surprise, frustration, excitement and joy - which funnily enough coincided with how we felt while hosting Revenge of the Sheep for the first time.

Overall, our time in Harrogate was a great success as we were completely booked out. The positive feedback we received from the teams gave us a clear picture of how the unit should work in the future and a few good ideas on how to turn it into our best immersive experience yet!

As of now, Revenge of the Sheep goes back to the testing phase for some final ‘adjustments’ - here and there - and in late 2015, we should be ready to make this amazing new room available to the public.

​​Check out our video of the team behind: