One of our agents Lisa Hammerschmidt went missing and we suspect Professor BlackSheep behind all of it. She managed to initiate the BlackBox protocol to send us all her intel before we lost connection. Track her trail and help us fight the evil Professor.

Up to the challenge?

Agent Lisa Hammerschmidth has discovered Professor Blacksheep’s evil plan. For some time now, the despicable sheep has secretly been kidnapping top scientists, and forcing them to join his attempts at world domination. Agent Hammerschmidth has been captured, but in one final act of courage she was able to transfer her files to HQ before being taken prisoner.

Your mission is to decode Agent Hammerschmidth's secret messages, to find and free her. Together you can stop Professor Blacksheep in his tracks, and bring our top scientists home.

With Print + Cut + Escape you can enjoy an escape room experience from the comfort of your own home. Playing the game is easy. Simply print the file (or order the Print & Post version), cut out the puzzles and click on the secret link that we’ll send you!

Download and print the black & white PDF mission files at home. Or order the pre-printed version and we'll post it to you.

All you need are scissors. Cut out the game elements and group them by chapter.

Use your link to access the Online Game System. Assemble your team and solve the puzzles to escape.

One of our agents Lisa Hammerschmidt went missing and we suspect Professor BlackSheep behind all of it.

Agent Crimson and MrQ have destroyed the Alpha Brain System, but not before Professor BlackSheep managed to escape.

We have really enjoyed this series. It has provided an excellent distraction throughout lockdown - so thank you for the hard work you have put in to designing and delivering the escape experiences.

These are so cleverly created and executed. We have thoroughly enjoyed them and are excited for the next. Would love an insight into how you created them.

Thank you very much for providing great entertainment during these strange times!

Check out our other play-at-home escape game experiences

Prison of Memories - Part I.

Take a trip into Mr Q’s mind and discover what made him into the mouse he is today.

Take our Survival Training course and learn how to deal with a whole host of Halloween horrors...

Join the timeQuest team and save the universe from time-jumping supervillains! 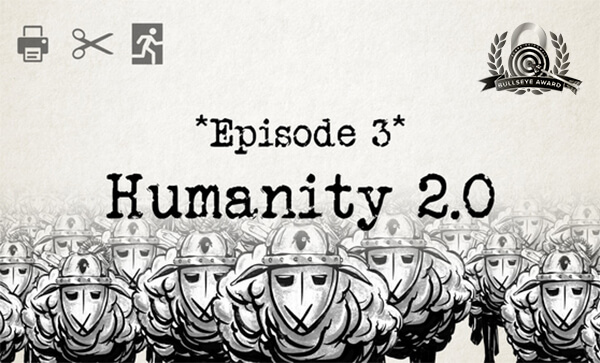