Don't be surprised if you missed this award at the 2015 Academy Awards, because the subject at hand required a high level of secrecy, thus the award was given out in secret as well. But I'm getting ahead of myself. Last sunday Mr Q won one of his biggest awards yet at the 2015 Oscars ceremony: "The Academy Award for Best Superspy". 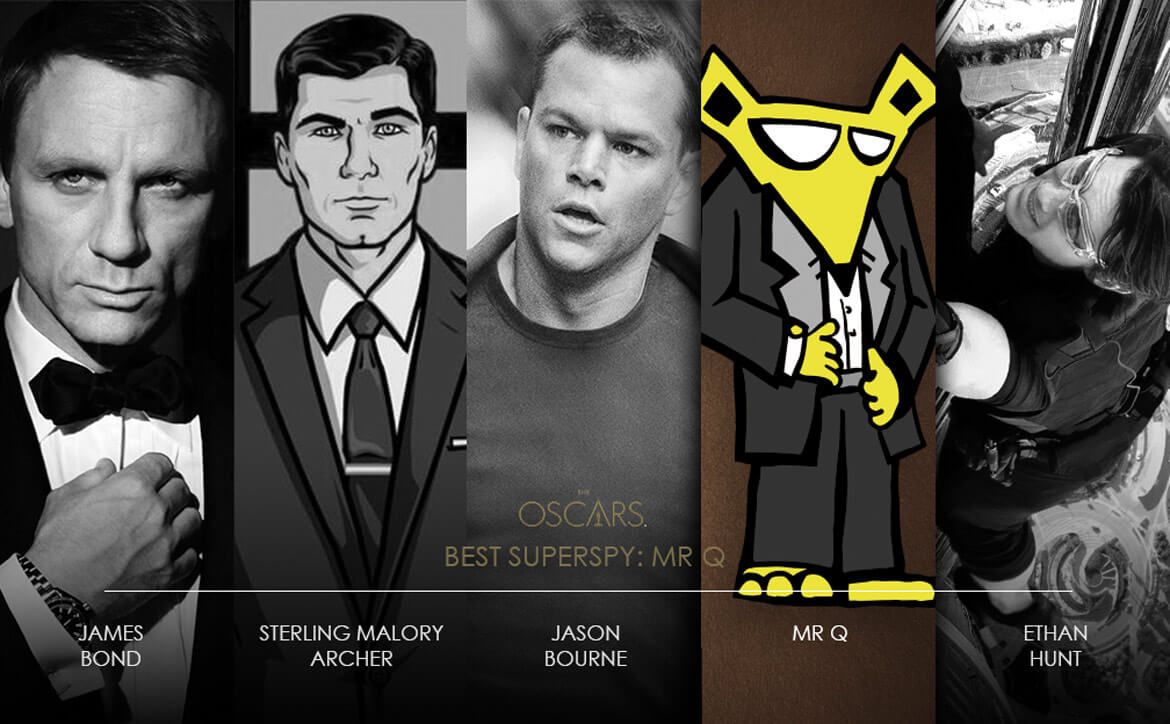 He was nominated for his work in the flick The Mr Q Mystery. His competition included the two J.B.-s, James Bond and Jason Bourne, the loudmouth Archer Sterling, and with equally high chances for winning the award, if he chose to accept it, Ethan Hunt. In his speech Mr Q thanked his family and all his agents for the tremendeous support which kept him going through the harshest of times. We would like to take this chance to congratulate our boss and wish him good luck in his next adventures. 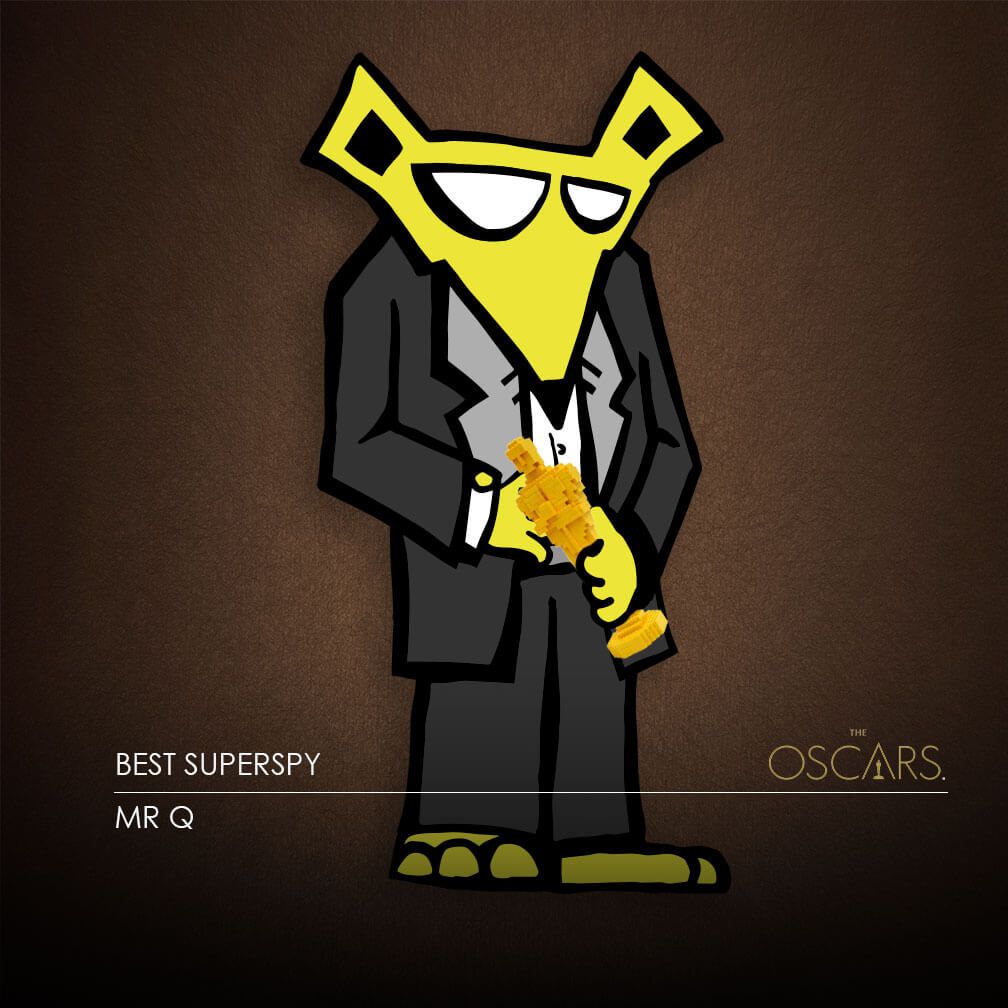